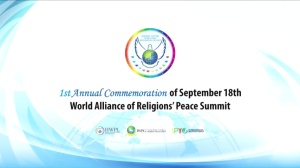 Held just before the UN’s International Day of Peace, the 1st Annual Commemoration of the WARP Summit will serve as a platform for world leaders from all sectors of society to discuss the progress on two major works of HWPL: the Implementation of an International Convention on the Cessation of War and Achievement of World Peace and the establishment of the World Alliance of Religions’ Peace Offices. It expects to highlight September as the “Month of Peace.”

Suraj Bhattarai, English News Editor of Himalaya Television in Nepal also asked about the roles of IWPG and IPYG in urging the implementation of the convention on the cessation of war. Chairwoman Kim replied, “A bird cannot fly with only one wing. Likewise, IWPG and IPYG serve as the two wings of peace, making it possible for HWPL to soar. We have clearly seen that the development of weapons and armed forces have not guaranteed to bring peace to us. If we continue what we’ve been doing, we will not only inherit a world of war but also the destruction of mankind for our future generations. Therefore, we call women and youth of the world to sign a statement to urge for the implementation of the convention on peace. We will work until the time when we can inherit a sustainable peace as an eternal legacy for our children.” 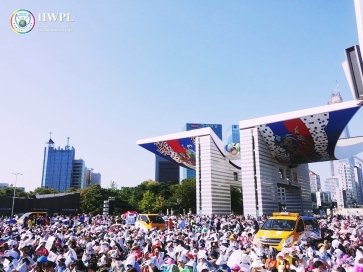 HWPL is taking the lead in peace-building in response to a world rife disputes and conflicts. such efforts are evident from not only the upcoming commemorative event but also with the peace activities of the two affiliated organizations of HWPL – IWPG and IPYG. HWPL is striving to promote world peace and prosperity of mankind by presenting the most peaceful solution to the structural problems that our society is currently facing.